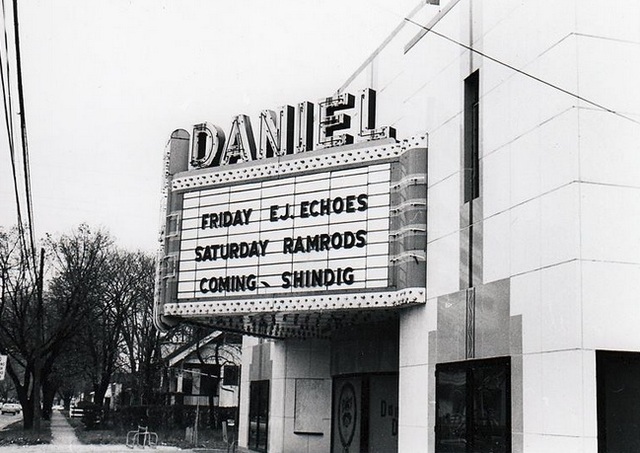 My grandfather Al Johnson’s theater slide collection shows a street view of the Daniel Theatre taken in October 1949. It shows three pairs of green doors having the characteristic art moderne half-moon round glass (“Johnson doors”). Elaborate three-bar curved push bars compliment the curved lines of the glass. Al Johnson held a patent on this style of doors, and they were used in several of his theater jobs.

On the marquee are two 1948 films suggesting that my grandad shot the image during a Saturday matinee: Roy Roger’s “The Far Frontier” and the Dead End Kids' “Hit the Road.” For trivia lovers, the IMDb website indicates that “the Dead End Kids” were later renamed as the better-known “Bowery Boys.”