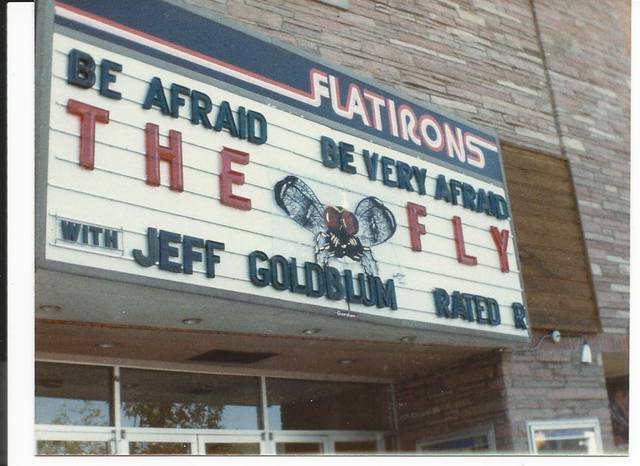 It was closed in 2009, and in October 2009, the lobby was converted into a liquor store and part of the auditorium into a fitness center.

The August 12, 1950, issue of Boxoffice said the Flatirons Theatre would be ready to open about October 1. The new theater was designed by Lakewood, Colorado, architect Byron Kaufman.

According to this article, the theatre is now a dispensary for medical marijuana: http://www.dailycamera.com/ci_14273968

Was once part of the Highland Theatres chain. Should be added to the list of previous operators.

To say this is a marijuana dispensary is misleading. It is a large space with several retail operations as well as professional offices. The main lobby is now a liquor store. Parts of the auditorium are now part of a large 7-11. There is also a fitness center in part of the auditorium space. To accomodate these uses, large windows were punched into the College Avenue facade. In spite of these changes, the property was designated a City of Boulder Landmark.

^ …and for a lengthy 27-week engagement. (I’ve got to wonder if that is the long-run record for the Flatirons and/or the city of Boulder?) On a related note, here’s a link to one of my retrospective articles that includes mention of the Flatirons run of “Star Wars” (and hundreds of others).