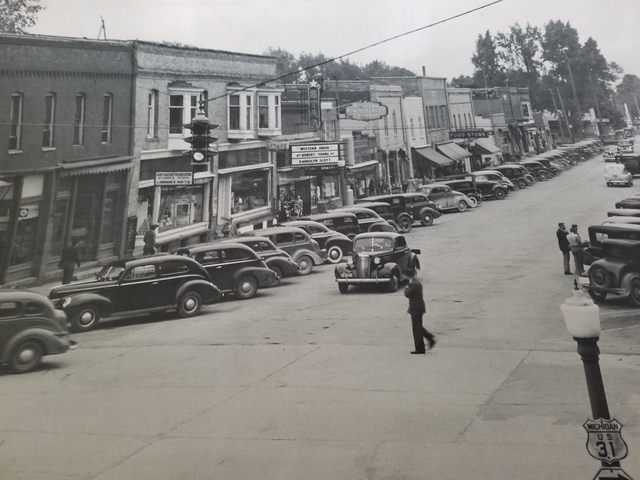 The Star Theatre is listed at this address in the 1922 Flint City Directory.

The whole block was torn down for a subdivision.

The Star Theatre was listed at 1618 N. Saginaw in Polk’s 1915 Flint City Directory. I don’t know if that indicates that the theater was rebuilt or expanded between 1915 and 1922, or if the street numbers were just changed.

The Star was one of the houses mentioned in an item headed “Flint Theatres” in the November 6, 1917, issue of Michigan Film Review:[quote]“There are only thirteen theatres now operating in Flintâ€\"all others being out of business or closed:

For some reason, Google Maps is putting this theater on South Saginaw Street instead of North Saginaw.

Thanks, Joe. Your “Sumlin” is Louis F. Sunlin, a former circus performer. :) He was a distant relative and this is helping me to compile a list of theaters he owned and managed.

RealSunlin: The March 5, 1918, issue of Michigan Film Review mentions L. F. Sunlin (though it gives his second initial as E— these old trade journals are full of typos) in connection with the Elite and Savoy Theatres. He had just been named vice-president of the newly formed Flint Theatrical Managers' Association.

Google Books used to have full views of a few volumes of Michigan Film Review, but for some reason they are now listing only one volume, and showing only snippet views of that. Hathi Trust still has one volume available, from 1918. The volume I cited in my earlier comment is nowhere to be found on the Internet.

Newspaper listings for this theatre ended in 1955.