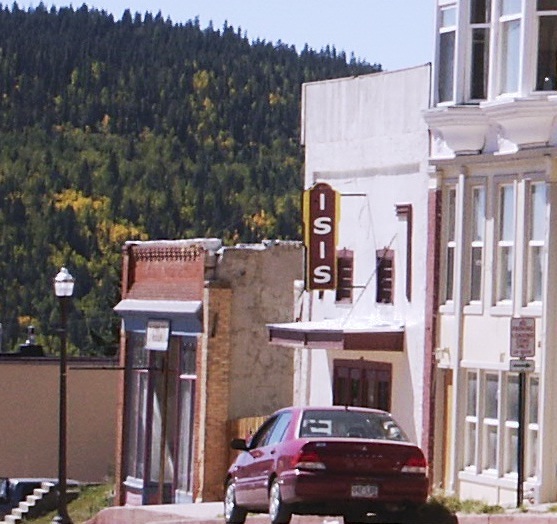 This item from the February 19, 1916, issue of The Moving Picture World could be about this theater:

“W. C. Lemaster, of Victor, Col., has sold his Isis theater and will soon open a house to be known as the New Isis. This will give Victor four motion picture theaters.”The operator’s correct name was William Clifford LeMaster, according to this weblog post written by one of his modern relations.

LeMaster was mentioned as manager of the Opera House at Victor in the July 5, 1919, issue of Motion Picture News. The Opera House had been converted into a movie theater by the Hall brothers the same year the New Isis opened, according to an item in the February 5 issue of The Moving Picture World. The fourth theater in Victor in 1916 was the Fox, formerly owned by the Hall brothers but sold to Jesse E. Jones in 1916.

New pictures in the photo section.

The Oct. 13, 1951 Motion Picture Herald reported that Vincel Fallonsbee had purchased the Isis from Searle & Denman.

Boxoffice, Aug. 28, 1948: “VICTOR, COLO. – The Isis Theatre here reopened recently under the management of Mr. and Mrs. George M. Lovejoy, who purchased the house a few weeks ago. The Isis was extensively remodeled by the new owners.”