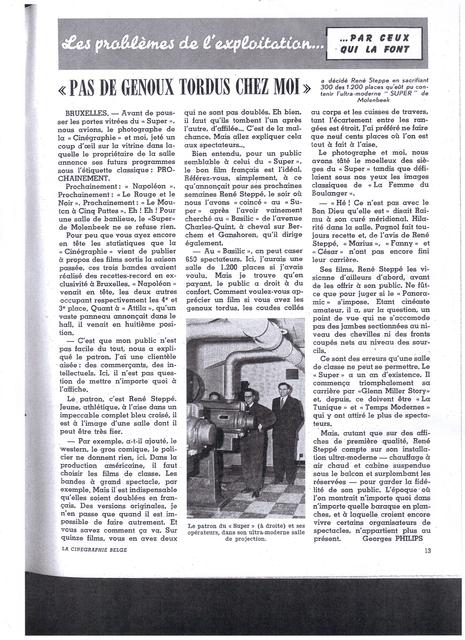 Berchem-Sainte-Agathe is a small district near the Molenbeek area of Brussels. In the 1950’s it was a growing suburb so in February 1955 opened in a commercial part a cinema called Super Cine. Mr Steppe, who already owned the Basilic Cinema in Ganshoren distrct was very dynamic. The Super Cine had nearly 1,000 seats and was already equipped for CinemaScope, and had a large screen for showing blockbusters.

The programming was chosen with taste, French actor Fernandel was a big star in this period. The cinema programmed also Italian comedies like the series “Pain Amour”(Pane Amore). Since the 1970 date of its closing, the Super Cine became a bank agency Credit Communal now Dexia