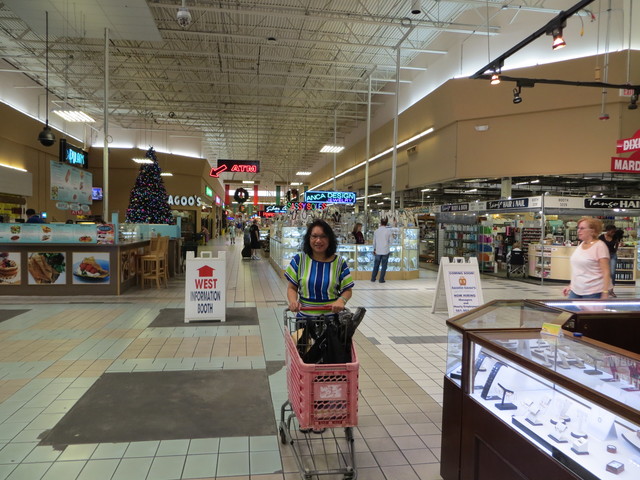 Opened May 30, 1986, this was the first South Florida location of the Fox Theaters chain. The Fox Pompano was an anchor tenant of the Pompano Outlet Mall. Main attraction: four 295-seat auditoriums equipped with THX sound and wide screens. Slow traffic prompted the outlet mall’s conversion to the Festival Flea Market, and the theater was renamed Fox Festival.

After Fox departed the region, the theater space was removed to create a dairy/produce marketplace.

The name change to FESTIVAL occurred in 1992 and the theatre was closed in 1999.

A case of “great idea, wrong location.” Surrounded by an industrial area and a mostly vacant mall (with the notable exception of Sid’s Records and its loyal customers from all over), the Fox Pompano could draw huge crowds for blockbusters, but anything less usually played to audiences of one (me, often).

What may have contributed to the Fox Pompano’s demise: word that AMC had committed to building a megaplex a few miles west, where Sample Road meets U.S. 441. Probably fell through due to mixed emergency responder jurisdictions (three cities meet/overlap). The Fox Pompano had just received an extensive lobby/snack bar makeover, too.