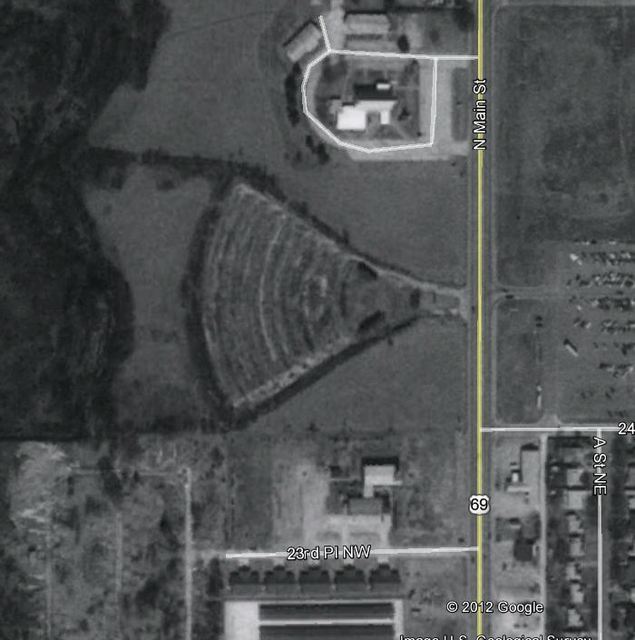 The Tri-State Drive-In was opened June 30, 1949 with Susan Hayward in “Tulsa”. It was operated by Griffith Theatres. Later operated by Video Independent Theaters Inc. out of Oklahoma City. On August 23, 1963 it was renamed Sooner Drive-In after the previous Sooner Drive-In in town.

According to extensive notes at MiamiHistory.net, the Tri State had its Grand Opening on June 30, 1949, and had a capacity of 500 cars. “At some point between 1961 and 1965, the Tri-State was renamed to the Sooner. According to historian Fredas Cook, it was to take advantage of the much nicer Sooner sign formerly used south of town.”

The May 5, 1960 issue of BoxOffice marked the passing of John H. Griffin, former mayor, police and fire commissioner of Miami. “He was in charge of Miami’s three downtown theatres and the drive-in north of town when he died.”

On March 11, 1955, the Tri-State converted its tower to widescreen to accommodate CinemaScope films beginning that night with Robert Mitchum and Marilyn Monroe in “River of No Return.”