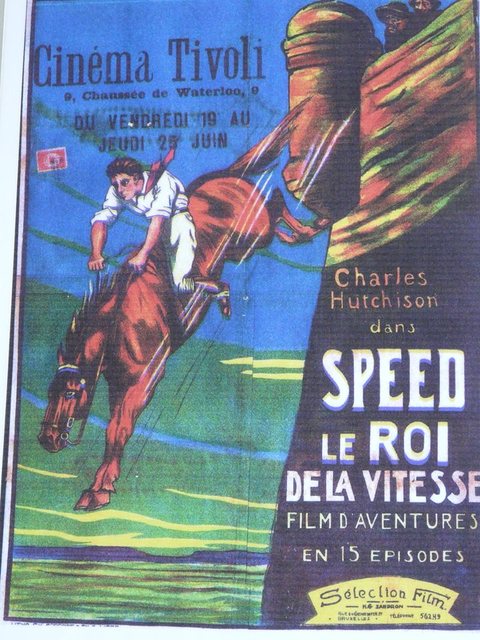 This one of the oldest cinemas of Saint-Gilles district, with the Grand Cinema Saint-Gillois(later Elysee Cinema)1910 and the Aegedium, a cinema which for a short period around 1914, was known as the Diamant Cinema.

The Tivoli Cinema opened in 1913 in the beginning of the Chaussee de Waterloo near the Porte de Halle, it was part of the Rahm circuit, who also owned in the district, the Bristol Cinema and Dixy Cinema.

In the 1950’s it often showed films concurrent with the Dixy Cinema, the same kind of programing catering more for adults like “La Chatte” in 1958, the same week as the Dixy Cinema. Third run after the Metropole then Francsais Cinema and Marni Cinema in Ixelles.

The Tivoli Cinema closed when it was destroyed by fire on 9th April 1959. The family Rahm has planned to reopen it in 1961 with a bigger screen and more capacity of 1,000 seats, but it and the whole block was finally demolished and became a parking lot, although we still recognize only the entrance.