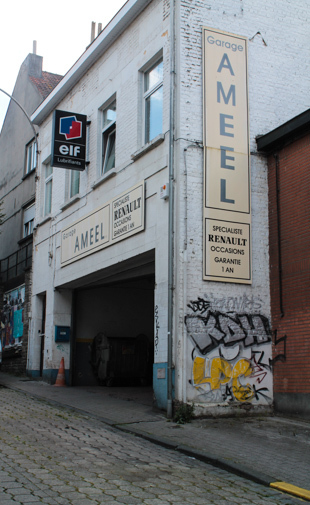 There were four Rio Cinemas in Brussels, in Laeken and Etterbeek both part of the Soudan circuit, in Anderlecht, and this one in Watermael Boistfort.

This Rio Cinema was opened in 1937. In the 1950’s the closest cinemas in this area were the Select Cinema in Place Keym (now Espace Delvaux) and the Relais Cinema in Ixelles, just at the limit of Ixelles and Watermael. Watermael and Boistfort are residential suburbs.

In the 1950’s like the 2 other cinemas nearby, the Rio Cinema had 2 programmes a week “Jailhouse Rock” was shown there in 1959. It closed in early-1963, one of the last important films shown there was “The Alamo” with John Wayne in 1962. Since closing it has now become a garage.