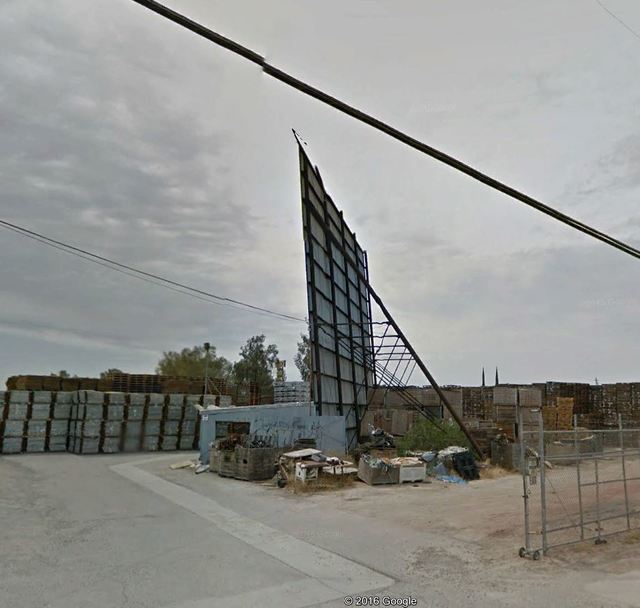 Located in the Malaga district to the south of Fresno. The Motor-In Theatre was opened on June 5, 1946 with Cornel Wilde in “The Bandit of Sherwood Forest” & Gerald Mohr in “The Notorious Lone Wolf”. Capacity in the 1940’s was about 916 cars. In 1955, the Motor-In Theatre was operated by Redwood-Lippert Theatres. By June 1975 it was screening X-Rated adult movies. It was closed in 1979.

A 1972 aerial photo showed the Motor-In still intact and in good shape. It stayed on topo maps through at least 1981. The Motion Picture Almanac included it on its drive-in lists through the 1976 edition, but the MPA rarely noticed changes during 1967-76. The Motor-In fell off the list for good when the list rebooted in 1977.

Then again, that might have been because of the Motor-In’s content. I found a June 25, 1975 ad in the Fresno Bee for an X-rated triple feature there.

BTW, Google Maps prefers 3115 E Cartwright Ave for the current address. And the screen was still up as of a July 2015 Google Street View.