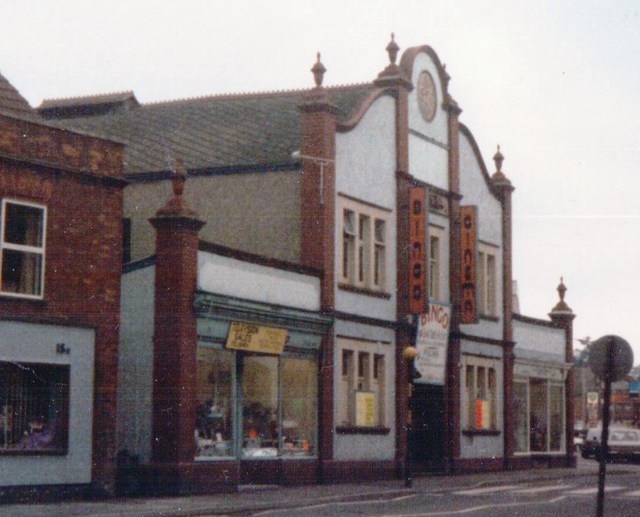 The Vista Cinema received second run Pathe News cross overs, from the Cardiff Vaults, in the early-1960’s. It was later independently operated and began part-time bingo in the early-1970’s, going over to full time bingo before 1980.

In late-1988, the building was damaged by fire and only the facade remained standing. It has since been demolished.

I visited this rather sad little cinema in 1974 to see a showing of the film Woodstock. I recall that it was very tired and on its last legs. It showed films only three days a week the remainder was used for Bingo. The posters were designed locally in red and blue. On the night I visited there were about 20 patrons.