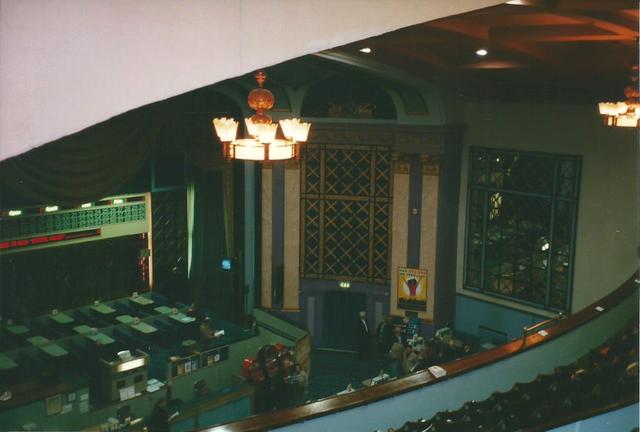 Located in the south London district of Crystal Palace/Upper Norwood. The 1,393-seat Rialto Cinema was opened on 6th October 1928 with Dolores Del Rio in “Ramona”, and with film stars Anna May Wong & John Stuart in attendance. It was built by an Australian, A.C. Matthews, who was also the architect. It boasted a café but had a very small stage. Two years later he also built and designed the adjacent Albany Cinema (later taken over by Granada Theatres and re-named Century Cinema).

The Rialto Cinema followed the same path, later being operated by Excelsior Cinemas and then Medway Cinemas, it was taken over by the Granada Theatres Ltd. chain in March 1949.

They employed noted cinema architect George Coles to modernise the building and it was re-named Granada Theatre from 11th September 1950. Known as the Granada Crystal Palace from 12th February 1961, it began part time bingo sessions in 1967, but went back to full time cinema use until finally closing on 26th May 1968 with Marlon Brando in “Reflections in a Golden Eye”; and Patrick O'Neil in “Assignment to Kill”.

The building was put up for sale, and interested parties included the City Screen group, who showed interest in re-opening as an art house cinema, which seemed to get a great deal of public support. Another interested body was a church. The Kingsway International Christian Centre purchased the building but were opposed by a strong local opposition group who wanted cinema use to return to the building. The local council refused them planning permission to convert the building into a church, and although several cinema operators were interested in the building, the church refused to sell it.

After laying basically unused for 8 years, the church relented, and it was purchased by the Everyman chain of cinemas on 24th January 2018. They converted the building into a four-screen cinema which opened as the Everyman Crystal Palace on 15th November 2018 with a double bill: “Fantastic Beasts” & “Fantastic Beasts:The Crimes of Grindelwald”. Seating capacities are:Screen 1 (section of former rear stalls)-50 seats, Screen 2 (former front stalls)-148 seats, Screen 3 (section of former rear stalls)-40 seats and Screen 4 (former circle)-75 seats.

A set of vintage photographs of the Granada Theatre, Upper Norwood:
View link

Everyman Cinemas, until a couple of years ago, were doing very nice restoration jobs on some of the larger cinemas they had acquired including the former Odeon, Muswell Hill and the former ABC Embassy, Esher but more recently they have embarked on ‘bare screen’ depersonalised schemes – very much along similar lines to the recent act of vandalism at the Odeon Leicester Square.