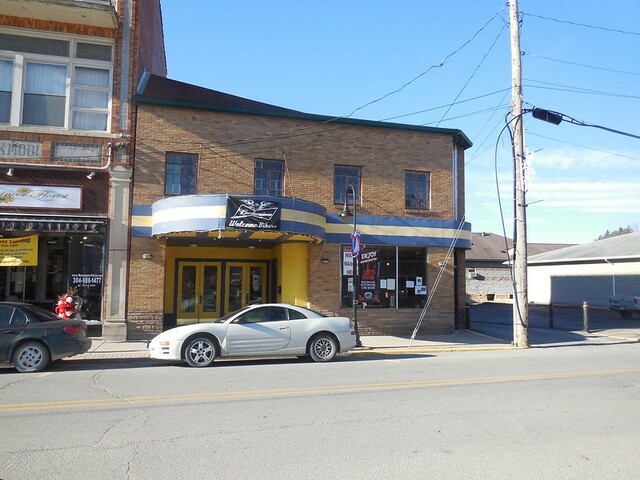 The Mannington Theater dates back to around 1936 and closed in the early-1990’s.

It looks like the address is a little off. This is the Midtown Cafe located at 113 Market Street:
http://tinyurl.com/y9hjtlh

This is a nice small, art deco style building that has been converted to Mid-town Cafe. I have not been on the interior, so I do not know what is left of the original cinema. I have recently discovered that they are doing work to preserve and restore the old Moundsville theater.

Items about a proposed theater at Mannington, West Virginia, appeared in multiple issues of The Film Daily in 1936. All noted that Dr. C. P. Church, operator of the Burt (or Burt’s) Theatre at Mannington was planning to build a new house ranging from 350-450 seats.

The June 5 issue said that construction of Dr. Church’s new theater would get underway the following week. The project had been designed by Pittsburgh architect Victor A. Rigaumont.

The Thursday, November 19, issue of the daily said that Dr. Church’s new house at the corner of Market and Mill Streets (Mill Street is actually an alley) would open on Saturday. The item didn’t say what would become of Burt’s Theatre.

When I was there in 2015, the manager of the bar was nice enough to show me around. The inside at that time was still very much a theatre, and the projection booth was still intact with projectors still in place. HVAC systems had lowered the ceiling but the top of the screen area was still visible via a storage closet upstairs.

Looks like the pub that was there is closed right now, though.

115 Market St. is the correct address