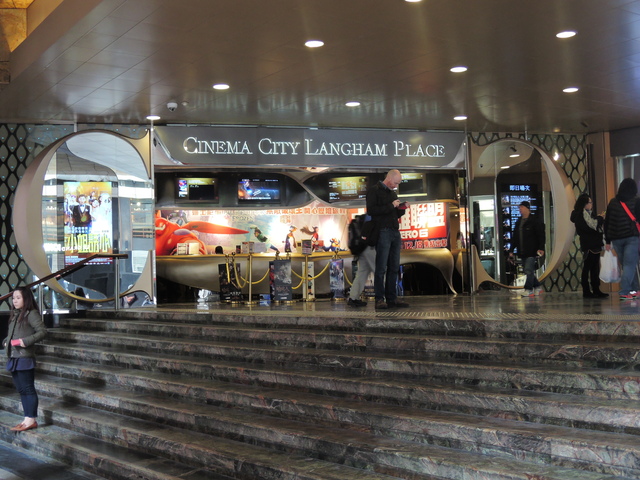 The UA Langham Place Cinema is situated in Mongkok on the Kowloon side of Hong Kong. It has an entrance on Argyle Street and another entrance at 215 Portland Street. It showed first run films since its opening in December 2004.

The theatre has a ticket booth on the ground floor of Langham Place, and its six auditoriums with EX, SRD, SDDS, DTS and Dolby Digital Sound System are on level 8 to level 11 of Langham Place.
Digital 3D version films can also be shown at the theatre.

Langham Place is a large building in Mongkok with high-rise shopping mall, office tower and a hotel. The UA Langham Place Cinema was closed on 2nd July 2014. It was taken over by Pogasus Entertainment and refurbished, reopening on 11th November 2014 as the Cinema City Langham Place.

Was this part of the United Artists Theatres chain? I was reading this and the cinema had a UA logo.

It seems that UA Langham Pl is going to close in July 2014.