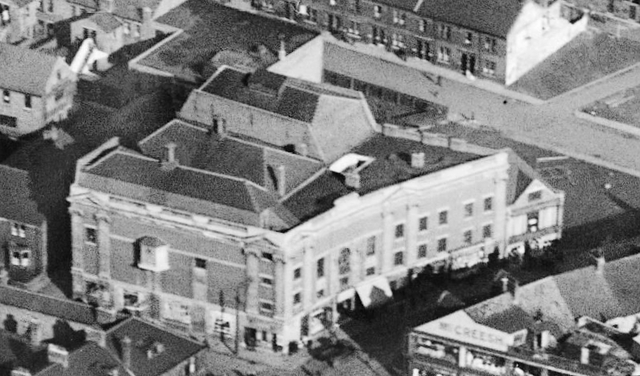 The 1,336-seat Borough Theatre opened as a live venue on October 4, 1909, designed by architects J. Fleming Davidson and Charles D. James. It was equipped with a Bioscope projection box in the rear of the circle. By 1930 it had 1,100-seats in stalls, circle and gallery levels. There was an oriel window and emergency escape routes on the side wall.

The Borough Theatre was taken over by Denman Picture Houses, a subsidiary of Gaumont British Theatres in March 1928. It was marginally altered in 1935. Renamed Gaumont on 15th September 1946. It was refurbished and altered in 1949 to the plans of architectural firm Percy L. Browne and Harding. It was closed on 26th February 1960, and was converted to a bingo club and at some point reverted to the original name. A false ceiling was erected from the front of the gallery to the proscenium. Bingo ceased in 2005 and an amusement arcade located in the former foyer continued for several more years. The building was largely derelict since. It was under threat of redevelopment in 2009, and was demolished in early-2011. The empty plot of land has been grassed over when seen in October 2011.

Inside it was pretty much as built, the renovations and alterations being rather superficial in nature. There was a semi-circular box on either side of the proscenium and niches containing female statuettes. The acting area of the stage was approximately 9.14metres square. There was one of the most insensitive false ceilings I can remember seeing, inserted at the lower edge of the second balcony, which cuts off the upper part of the proscenium and hides the decorated oval ceiling and gas burner completely. The lower balcony contained an abnormally pronounced saucer rake with the sides considerably higher than the centre.