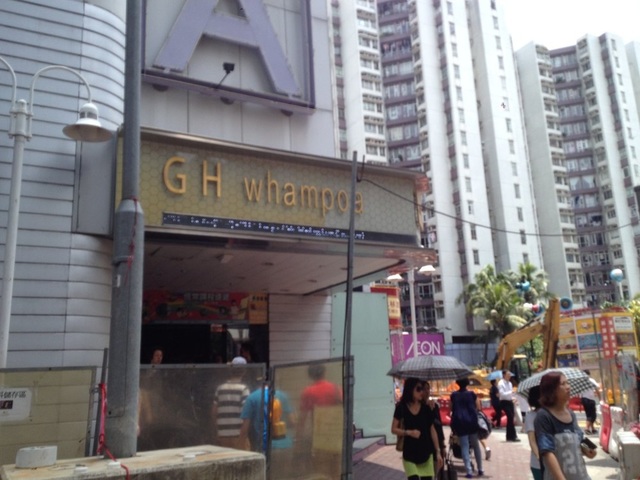 The UA Whampoa Cinema is situated in Whampoa Garden, which is a private housing estate built on the site of the former Whampoa Dockyard in Hunghom on the Kowloon side of Hong Kong.

The theatre opened to business on 1st May 1989 with four auditoriums on Level 2 in Whampoa Plaza, with another two auditoriums added later in the ship-shaped shopping arcade " Whampoa".

In the late-1990’s, the two auditoriums in Whampoa were closed due to poor business.

Its four auditoriums remained open in Whampoa Plaza and were equipped with Dolby A, Dolby SR and Dolby SR-D sound system as well as DTS in House A, House B and House D, while House C with DTS/SDDS sound system. Films in 3D digital version can be shown at the theatre. It was closed in October 2009, but was re-opened in December 2009 by Golden Harvest.

The UA-Whampoa cinema re-opened as GH-Whampoa Cinema on 10th December, 2009.

The two-screen theater in the Whampoa shopping arcade was designed by San Francisco architect Daniel T. Uesugi, who designed many projects for United Artists in the 1980s.