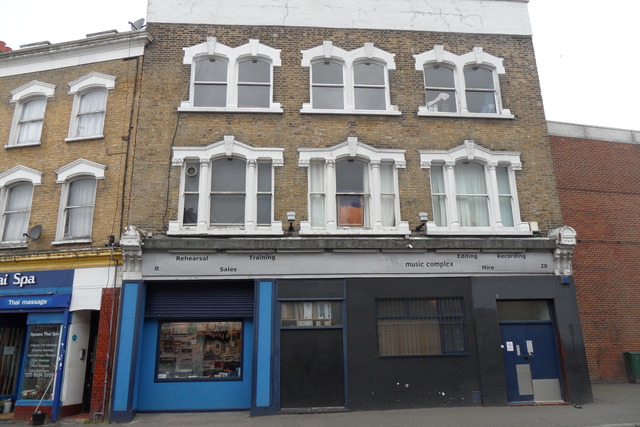 Located in the southeast London district of Deptford. Originally the People’s Hall, a part of a building which included an auction rooms and St. Paul’s Vestry offices. The Palace Cinema opened on 23rd May 1909, screening religious films.

Within a month of opening, the cinema was having licencing problems, and in July 1911, a small fire broke out in the building. One of the drawbacks to obtaining a permanent licence was the lack of toilet facilities in the building. In January 1915 it was given a one month licence and the owners were told to provide the neccessary facilities. It changed ownership within weeks, and new owners took over in February 1915. The Palace Cinema had closed by 28th February 1915.

The building remained closed for several years, and then went into commercial use. Today it is in use as a recording studio.