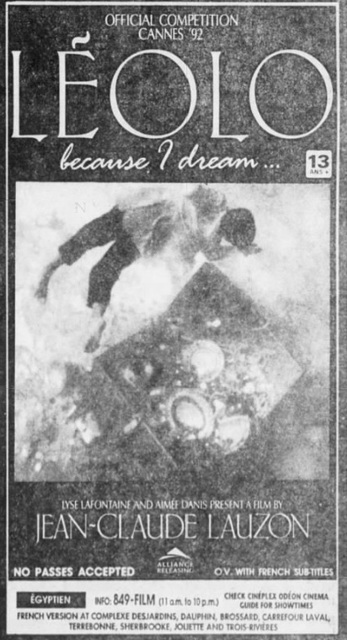 Opened on December 18, 1987 as the Egyptien 3. This three screen theater was built as part of the renovation that transformed the the old Sheraton Hotel into les Cours Mont Royal.

The opening day advertisement can be seen here:
View link
A more complete description can be found here:
http://everything2.com/title/Cinema%2520Egyptien

Mike Rivest’s picture of the Egyptien, after closing—>
View link

An French article (with pic) on the closing of Egyptien, among others—>
View link

The Cinema Egyptien was long closed by the time I moved to Montreal but I used to dream of it re-opening with three solid films on the marquee. I walked past this place often — imagine, a movie theater deep in the “underground city,” a place I traveled through often during Quebec’s sub-zero winters. Sadly, it was already in a state of pretty serious disrepair. Is it even still there? I would love to re-open that place someday.