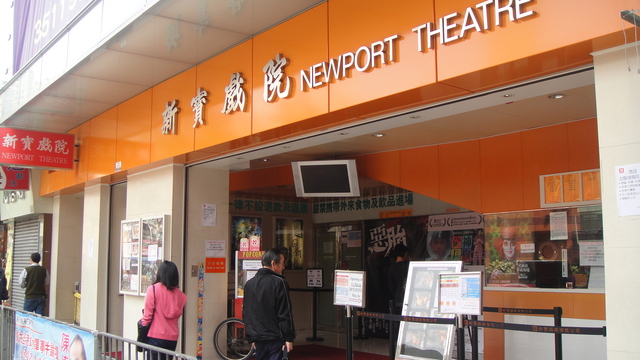 The Empire Theatre was situated in Mongkok on the Kowloon side of Hong Kong.
It opened to business on 12th December, 1984 with a Cantonese film, and showed first run Chinese dialect and English language films until its closure for redevelopment on 16th April, 2004.

Its 1,536-seat auditorium with stalls and balcony was on the first floor of the theatre building with the lobby on the ground floor. The theatre section of the building was demolished and rebuilt as a low-rise building with a cinema.

The new cinema is renamed as the Newport Theatre and opened to business on 24th March, 2005. It has two auditoriums with 406 seats and equipped with Dolby sound system.

When it opened to business, the Chinese name of Empire was é‡'è²æˆ²é™¢, which followed the clan of Royal, Empress, Prince, Princess etc. (so as the “royalty” of their English name) and most of them were developed by the giant developer SHK in Hong Kong.