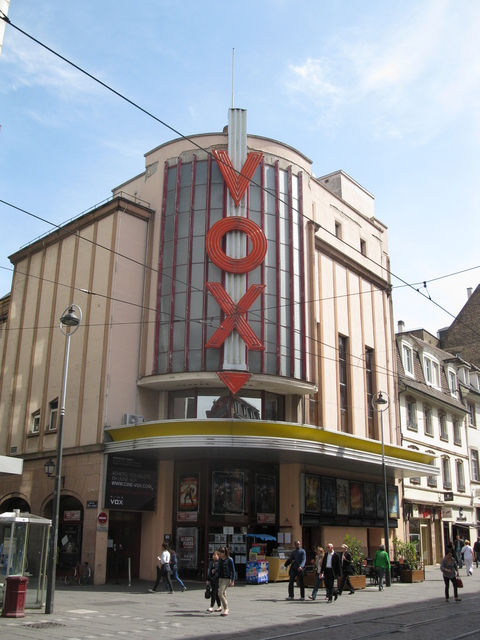 The splendid Art Deco style Cine Vox is located on the same street as the Cinema Odyssee, in the centre of Strasbourg.

Construction for the Cine Vox began in 1938 but stopped due to World War II. The building was bombed, but was completed in 1945 to 1946. In 1959, the 1,000-seat auditorium was renovated including installation of a larger screen. In 1970, it was renovated again, reducing the auditorium’s seating capacity to 720, and improving the facade so that it could be seen better from Kleber Square.

The Cine Vox has since been divided into 6 screens with seating capacities ranging from 340 to 55 seats. Three of the screens have digital 3D.