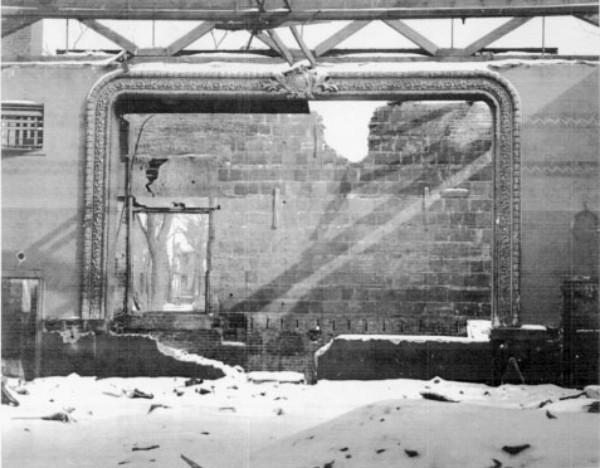 Located on Hastings Street (today known as Chrysler Drive) at E. Willis Street, the Willis Theater was operating prior to 1941. Fred Lokar was the last owner of the Willis Theater, when he closed it in 1958. It was demolished in 1961.

Here is a Boxoffice item from December 1951:

When Irving Katcher, owner-manager of the Willis Theater in Detroit, played “The Fat Man”, he invited anyone who could qualify for the film title to be his guest. During the run the marquee announced “Free admission for all fat people”.

you can not brand this theatre as an African American Theatre. It was a movie theatre of the people. I lived on Willis and Rivard for ten years renting from a Polish couple. My family of Native Americans frequented every business on Hastings. Starting with Willis Theatre, Rev. Franklin Church, Joes Barber shop all on the corner of Willis and Hastings. Sidney Turner

It was listed as a Negro Theatre in the Mition Pitcure Yearbook along with the Arcade, Castle, Catherine, Echo, Russell and Grand in 1941 for Detroit.

I considered this theater a favorite and agree with mr. turner ,it was a movie theater 4 the people. the only one I knew who sold fresh potato chips and good westerns,fictions and serials. the only problem 4 some kids were the hoods standing outside to take kids money.

too bad the city did not think enough of hastings to keep photos of kids favorite theater memories like the willis,castle and warfield.