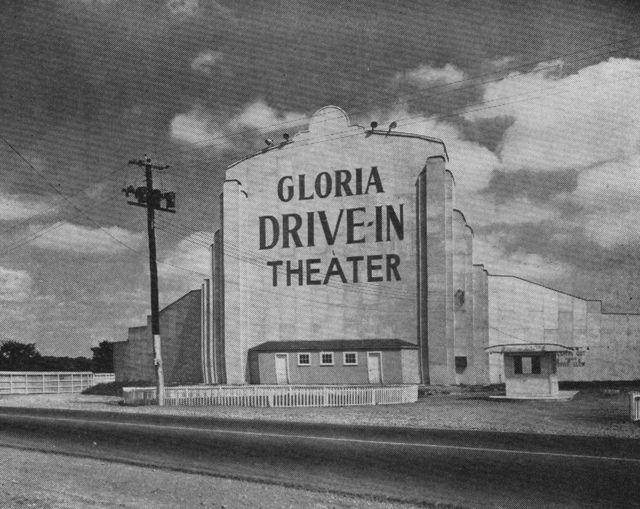 The Gloria Drive-In was opened on May 24, 1946, featuring the comedy/musical “Show Business” with Eddie Cantor and Joan Davies. It was the second drive-in theatre opened by Horace & Eunice Shock. Shock hired Richard M. Peterson, an architect from Cleveland, OH, to design the Gloria Drive-In. The drive-in was named after the owner’s daughter, ‘Gloria’ Shock. It had a 40ft x 30ft screen with a capacity for 576 cars. It featured the RCA in-a-car speakers with individual volume controls. In 1948 they were replaced with speakers from Shocks Lima Speaker Inc. Co-Operative Theatres of Ohio were the booking and buying agency. In 1953 a new 70ft x 40ft screen was installed at the Gloria Drive-In so the “The Robe” could be screened in the new Cinema-Scope format in June 1954. I believe the new screen was mounted in front of the old flat screen.