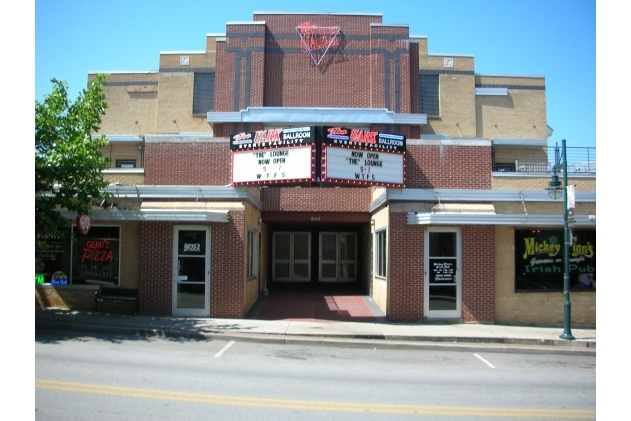 The auditorium portion of the Park Theatre has been demolished but the front portion is still intact with offices and some small shops occuping the lower and upper floors. When mapping the theatre the marquee is still there. Some information for this theatre was obtained from the Arkansas Historical Society magazine.

Address should be 644 W. Dickson. This is located just down and across the street from the U Ark Theater, which is 647 W. Dickson.

Bill Eichelberger is correct that the U-Ark Theater is located directly across the street from the old Park Theater at 644 W. Dickson St. The text is most likely in error, as well, regarding the claim that the “auditorium portion of the Park Theater has been demolished…” I am fairly certain that the original building footprint is intact, including the walls and roof, although much of the building’s rear was altered within the last 10-20 years (I’m not certain when this was done) to accommodate several condo units constructed by the current owners when they purchased the property. :–(

The text is correct that the front of the building is intact and is currently occupied. A bar on one side and a clothing store on the other. The entryway to the old Park Theater is between the two businesses, and leads to the central portion of the building where the theater was. This is today called the U-Ark Ballroom and is used as a space for occasional events such as artistic performances, wedding receptions, and similar purposes. The facility has a bar and provides food service but there is no commercial kitchen onsite so prepared food is routinely catered and brought in from outside.

The old theater portion of the building was named the “U-Ark Bowl” when I moved to Fayetteville in 1971, and was used as a bowling alley, although rock concerts were held there. For example, the “Southern Rock” band Black Oak Arkansas played a memorably wild show at the U-Ark Bowl in 1971. (I didn’t get to go that night but people still talk about it!)