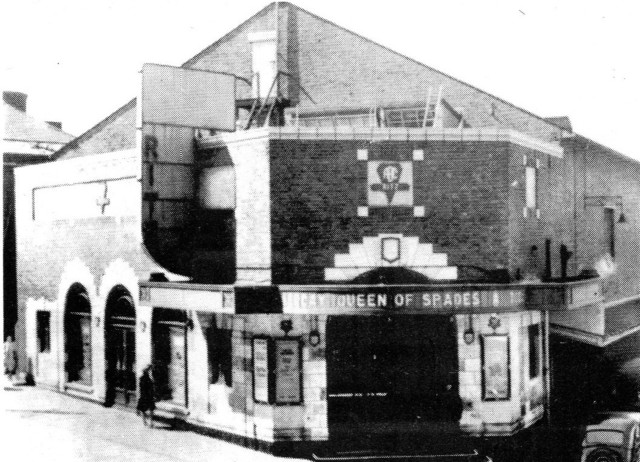 The Picture House opened on 8th November 1928 with 400 seats. It was built for and was operated by the Sydney Bacon Circuit. It was the first cinema in the local area to show ‘talkies’, when on 14th October 1929, "The Broadway Melody" was screened. The Picture House was taken over by the Union Cinemas chain in December 1935.

They closed it in June 1937, to be modernised and enlarged to the plans of architect Percy L. Brown. The seating capacity was increased to 1,170, all on a single floor. The proscenium was 38 feet wide, the stage 11 feet deep and there were two dressing rooms. It re-opened as the Ritz Cinema on 2nd August 1937. Union Cinemas were taken over by Associated British Cinemas(ABC) in October 1937.

ABC closed the Ritz Cinema on 24th November 1956 with Dean Jagger in "X: The Unknown" and Simone Signoret in "The Fiends"(Les Diabolique). The building was later demolished and was replaced by a row of shops, located across the street from Erith Market.