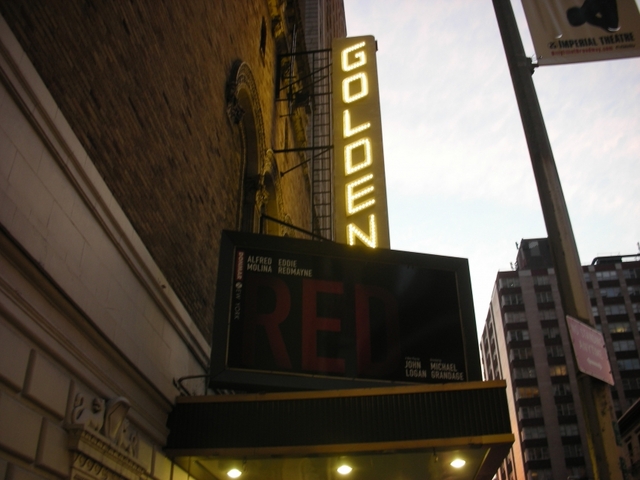 The Theatre Masque opened on February 24, 1927 with “Puppets of Passion”, which ran for 12 performances. It is a small, intimate playhouse, with a small mezzanine and one balcony. Built by the Chanin Brothers, it was taken over by John Golden in in the mid-1930’s, and renamed John Golden Theatre.

After a successful run of “Angel Street” which ran for 1,293 performances from December 1941, there were a few minor successes, and then in the middle of 1946, it went over to screening movies. These were mainly foreign made films, and it remained in cinema use until February 29, 1948, when Maurice Chevalier was presented in a one man show.

For many years now it has been the Golden Theatre, and it was given Landmark designation (both externally and internally) in 1987.

Does this type of listing open this website to theatres that are mostly legitimate although they screened movies for a while?

Seems to me if a theatre sold tickets to movies (no matter what the time length), then it was once a movie house,
From LIFE come these Lillian Gish photos with a connection to the Golden Theatre –
View link
and,
View link

That wide definition would include almost every Broadway Theatre, every public and private space in Manhattan with seating, and Central Park.

CT previously did not accept such listings.