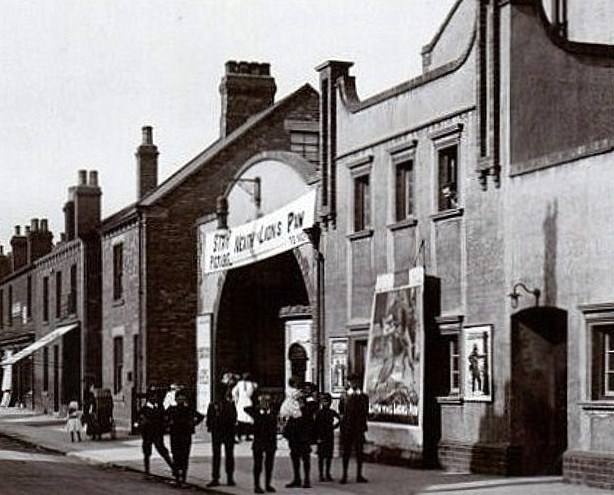 Located in Chapeltown, a small town on the outer fringes north of Sheffield, South Yorkshire. The Chapeltown Picture Palace opened on 23rd December 1912 with almost 700 seats, all on a single floor. The cinema was equipped with a large stage, that was used by the Chapeltown Operatic Society each Autumn from 1925 to 1930.

It was taken over by the Star Cinemas chain in March 1944. It was equipped to screen CinemaScope films in April 1955. Sunday opening didn’t come until June 1956. Bingo was tried on Friday evenings from February to August 1962, then full time cinema returned.

The Chapeltown Picture Palace was closed on 16th March 1963. On 19th March 1963, it re-opened as a Star Bingo Club & Palace Casino. This use lasted for many years. The building is currently used as a snooker club known as Cue Ball.