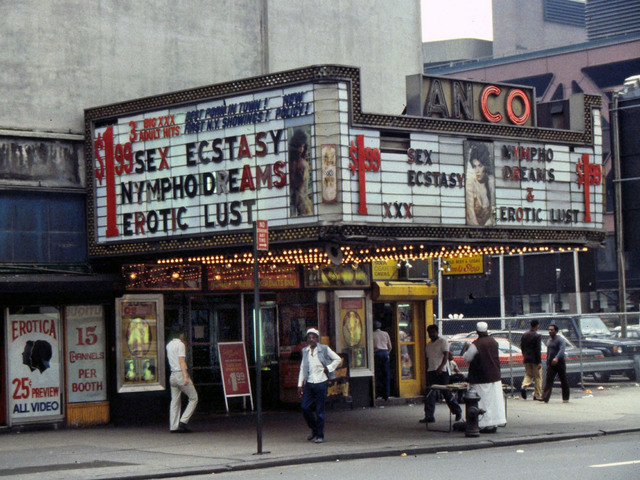 Comic acting team Lew Fields and Joe Weber closed their music hall on 26th Street in 1904 after nearly a decade and were given a new theatre by their employer, Oscar Hammerstein, after their enormous success playing the Victoria Theatre.

Located on W. 42nd Street, adjacent to the American Theatre of 1893, the new Lew M. Fields Theatre was designed by Philadelphia architect Albert E. Westover. It could seat about 770 and was best known for its tiered boxes on each side of the proscenium arch, which could seat over 20. It was also one of the earliest Broadway theatres which contained a fire-prevention system, complete with a pair of 5,000-gallon water tanks on the roof, in response to the Iroquois Theatre tragedy in Chicago a year earlier, which killed hundreds of theatre-goers.

The Lew M. Fields Theatre opened December 5, 1904 with a highly successful musical comedy “It Happened in Nordland” that ran half a year, but afterwards, Fields sold the theatre to actor/producer James K. Hackett, who named the theatre for himself.

In 1911, William B. Harris took over the theatre, and, of course, it was renamed again for him. Showman H.H. Frazee ran the theatre from 1920 until 1922 under his name, but in 1924, its newest name, Wallack’s Theatre, was after a long-gone mid-19th century theatre.

In 1930, after 25 years of legitimate theatre use, Wallack’s Theatre was converted into a movie house, which meant that its simple-yet-graceful turn-of-the-century decor was mostly torn out, including the boxes, dressing rooms and its stage sealed off.

A decade later, renamed the Anco Theatre, the theatre was operated by the Cinema Circuit Corp. chain. It was further vandalized by the removal of one of its two balconies, and its Beaux-Arts facade hacked off. For another nearly half century, the box-like theatre served as a movie house, before being shuttered in 1988, when its interior was totally gutted for retail use.

In 1997, in the wake of the redevelopment of W. 42nd Street, the former theatre was razed.

Thanks Ed. I will definitely try to contact Matt Weber. Thanks for the help.

This was my least favorite of the 42nd Street line-up, and I was not sorry to see it close. It stunk to high heaven and because of its late run bookings and rock bottom prices it seemed to attract an even lower class of patrons than the other houses, if that’s possible! When I was here there was no balcony, only a raised rear mezzanine, like at the new Ziegfeld. But that’s where the similarity ended.

I am working on a project to document the history of adult theatres in the US. If anyone has any person memories of the Anco they would be willing to share, please contact me at mjprigge at uwm dot edu

My Dad Paul was the manager of the Anco theater during the mid to late 1950’s. There was a robbery there in 1959 during a showing of Shootout at the OK Corral! He also managed the Prospect theater in the Bronx before that for Cinema Circuit! As far as I can remember, the ANCO played mostly action and adventure films with some Sci-fi mixed in. It didn’t have a candy stand, just vending machines. I think it was painted pink inside!? The usher Chris sold Ice Cream from a tray during the intermission. It was owned by Cinema Circuit. The partners were Mark I. Finklestein and Max Cohen. Cohen’s daughter was ANNA COHEN! So they named it AN—CO after his daughter!

I started going to 42nd street in January of 1986. I attended regularly for a few years, and I believe that last movie I saw there was in 1992. Somehow, I never made it to the Anco….

The Empire moved a bit west of it’s original location but not as far as the AMCO.