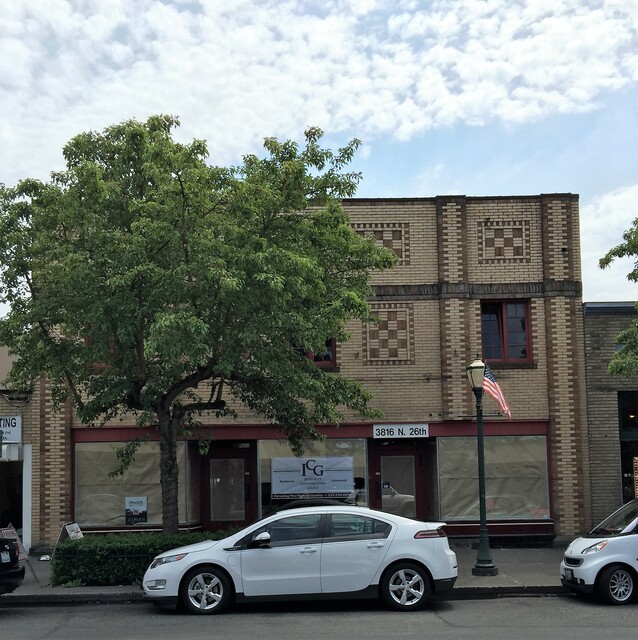 The Paramount Theater opened on June 12, 1923 with Thomas Meighan in “Back Home and Broke” & Lloyd Hamilton in “The Speeder”. It was owned by Robert McKinnell.

The book "Tacoma’s Proctor District" says, "On each side of the proscenium arch were oil paintings on silk illuminated from behind. One side featured Mount Rainier and the other Snoqualmie Falls."

Both the 1941 and 1943 editions of Film Daily Yearbook list the Paramount Theatre as (Closed). The building is now Rainier Cycle Sports. It still has the white and brown façade.

A News Tribune story from April 2008 states: "The original Paramount stage area is still visible at the rear of the store. In the attic, you can see remnants of the decorative painting that adorned the stage. The area is now used for bike storage."