Bet Gabriel on the Kinneret

Bet Gabriel on the Kinneret (Official) 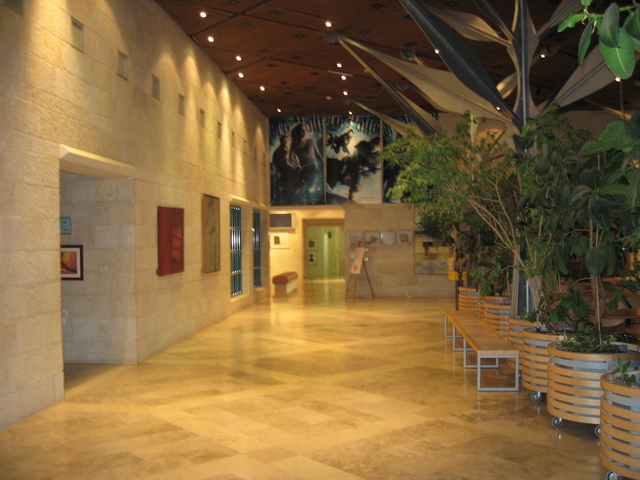 Bet Gabriel is a multi-use cinema and performing arts center in the Kinneret overlooking the Sea of Galilee. In addition to indoor and outdoor performing space, Bet Gabriel, built to honor the late son of the center’s founder, Gitta Sherover, is the main movie house for nearby towns and kibbutzim.

According to the center’s website, "The planning and construction of the building were guided by the vision of establishing a cultural home and a spiritual life center for local residents and anyone entering its gates that cherishes culture and the arts."
The center houses two theaters, a larger 300-seat auditorium for live performances and films and a 100-seat theater for motion pictures, that show a variety of mainstream and art house films from the United States, Europe, Israel, and other countries.

Bet Gabriel is perhaps best known as the site where King Hussein of Jordan and Israeli Prime Minister Yitzhak Rabin reconfirmed the historic peace treaty between the two countries in November 1994.