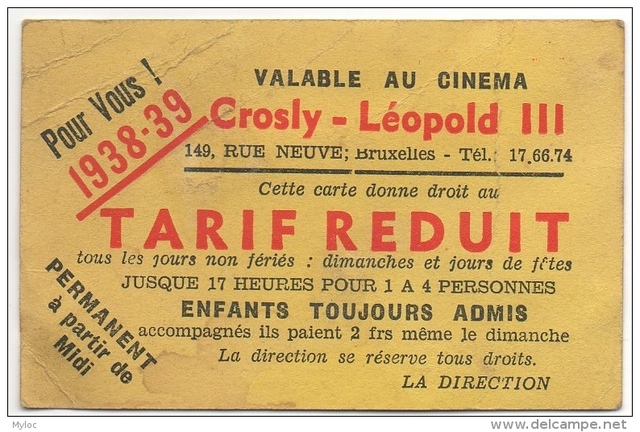 Located in Brussels city centre, this opened in 1913 as Moderne Cinema. It became Crosly Leopold 3 in 1934, part of the Crosly circuit like its neighbor at the end of the Rue Neuve. It was named that way as tribute to the fourth King of Belgium.

In 1948 “Unconquered” with Gary Cooper was shown first run with Ambassador Cinema and Acropole Cinema. It often showed films concurrent with those two cinemas as well as Victory Cinema, the Crosly Nord Cinema was more a second run movie house.

The Crosly Leopold 3 closed in 1950. All the block was demolished in the 1970’s to built the commercial gallery City 2.