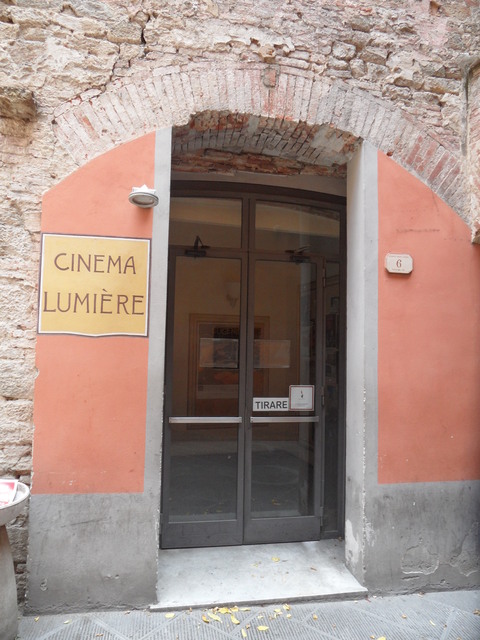 The Cinema Lumiere was founded by Alessandro Agostini in 1905 and is still owned by the Agostini family today. It opened as a cinema on 16th December 1905, possibly in a building converted to cinema use. It was designed by the famous architect Luigi Bellincioni

It is considered one of the oldest operating cinemas in the world, and the main auditorium seats 198. Renovated in 2005,

There is also a 50 seat cinema which has video projection.

Wow! It has a very dramatic entry, judging from those photos.