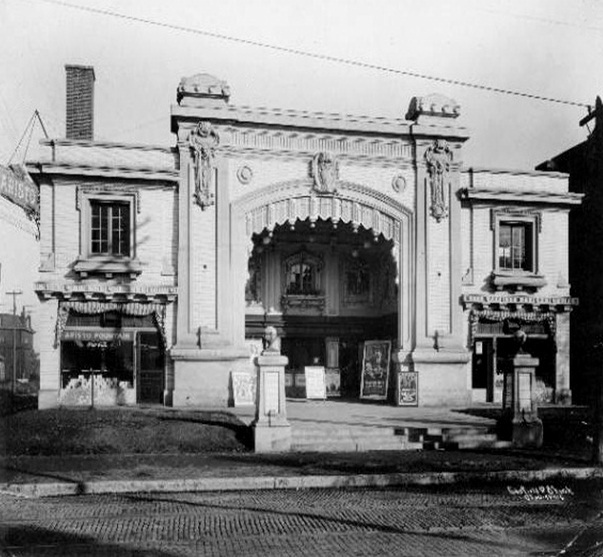 The July 15, 1916, issue of The Moving Picture World published an article about the Aristo Theatre. It gives a detailed description of the house and is accompanied by two small photos of the building. It says that the Aristo opened in the latter part of April, 1916.

Chuck: Historic Aerials has a 1959 view of both addresses. There was still a building at the southeast corner of Gaulbert and 4th then (which might have been 1603 S. 4th, but was more likely 1601 S.) but it looks too small to have been a theater. The building next door on 4th Street is still there, but it’s a late Victorian house and could never have held a theater.

In 1959 the southeast corner of Gaulbert and 2nd (Gaulbert still went through to Brook Street then) had a building that was the right size and shape for a theater, though it doesn’t appear to have had a marquee at that time. It had to have been at 1601 S. 2nd, though, and I think that must be the correct address.

Ads started to appear for this theatre from October 24th, 1937. 1st ad in photo section.