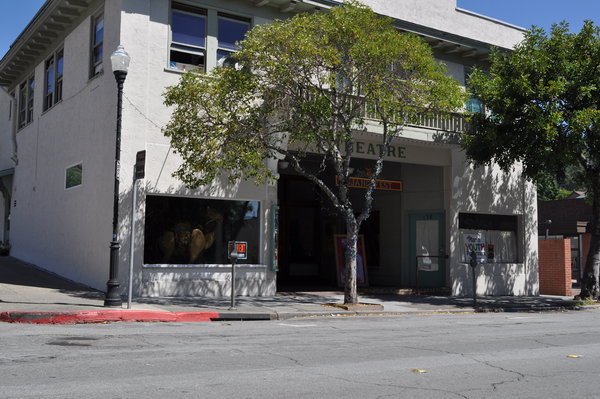 The Hub Theater opened in 1915 and showed silent movies and vaudeville. It was closed in 1929 when the Sequoia Theatre opened. It became a bowling alley and then a skating rink.

It was taken over by the Odd Fellows and used as a Lodge in 1952. While still in this use 1976 it was used for the Mill Valley Film Festival. Eventually the building was little used and fell into a state of disrepair.

It was saved in 2004, becoming a performing arts center. It now hosts the Mill Valley Film Festival.

In the caption, it should be Odd Fellows Lodge, not Old Fellows.
http://www.ioof.org/