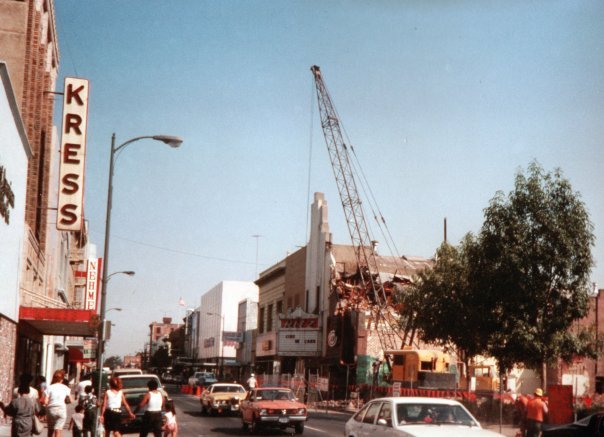 The Colonial Theatre was opened in 1913 and operated until 1922 when it went dark. The building was partially rebuilt to the plans of architectural firm Cantin & Cantin, and reopened as the Ritz Theatre on September 15, 1937. The Ritz Theatre is still listed in 1955 with 926 seats.

The first time I was ever in downtown Stockton I drove by the Ritz. This was in late 1986. It looked the same as in the 1982 and ‘86 photos linked above, and was still showing gran estrenos de peliculas Mexicanas. Minutes later I stopped by the Fox California, just down the street, which was getting ready for a concert by '80s teen pop group The Jets. A man who seemed to be a caretaker of the place let me into the Fox for a brief look, and I have yet to go inside since the restoration. By the time I left Stockton, it was getting dark, and the Ritz was lit up. I seem to remember the dominant color of the neon being pink. In the late 1990s I was back in Stockton, and the marquee was off the Ritz building, but I recognized the facade. The building had been converted to some kind of retail use.

The Ritz was a downtown mostly 2nd run film house although Road Show films like El Cid and Those Magnificent Men in Their Flying Machines opened there. An art deco auditorium décor similar to The Stockton Theater helped. 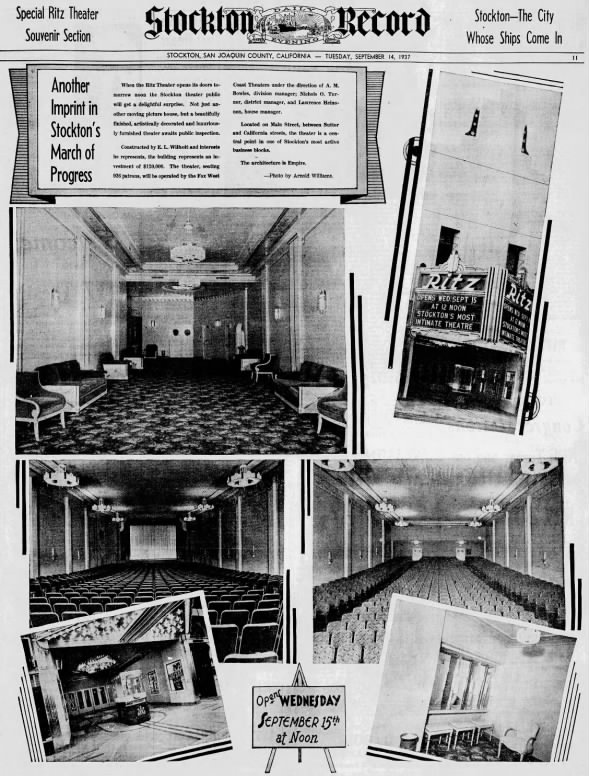