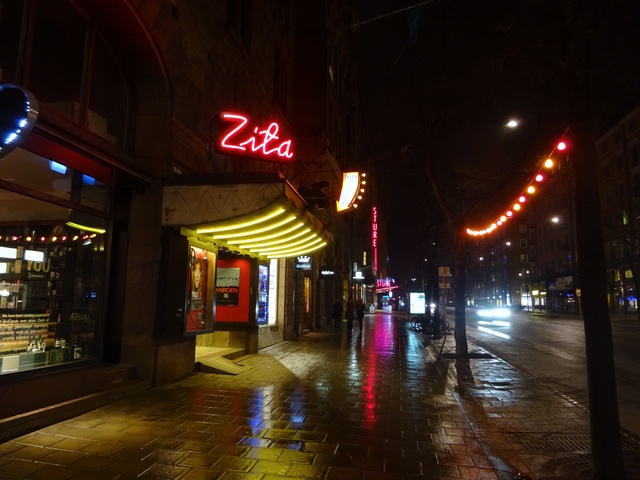 A small independent cinema in the centre of Stockholm a few doors down from the Biografen Sture. Biografen Zita is the only cinema in Stockholm to have a bar.

Opened as the Vinterpalatset (Winter Palace) on 10th September 1913, it had a seating capacity for 424. From 26th February 1914, it was re-named Gyllene Goken (Golden Cuckoo), but under new owners in August 1915, it became the Winter Palace again.

Re-opened on 2nd April 1993 as a 3-screen cinema, its programme is based on foreign language, documentaries and it also screens seasons of short films free of charge during the summer months! (according to Time Out)

The “great deco speaker” bears the logo of Philips, the giant electrical company. It is rather magnificent isn’t it?