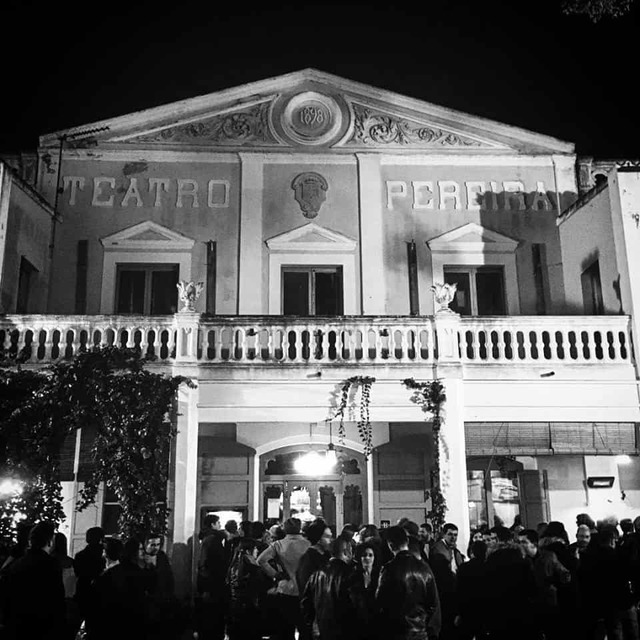 Located on the Balearic Island of Ibiza in Ibiza Town. An old theatre, opened in 1898, later used sporadically as a cinema, now a nightclub, bar and concert venue. Sometimes the name is spelled Pereyra

Only the foyer is used for the nightclub, it is possible the theatre may get restored in the near future. Three exterior photos from 1999 here:–