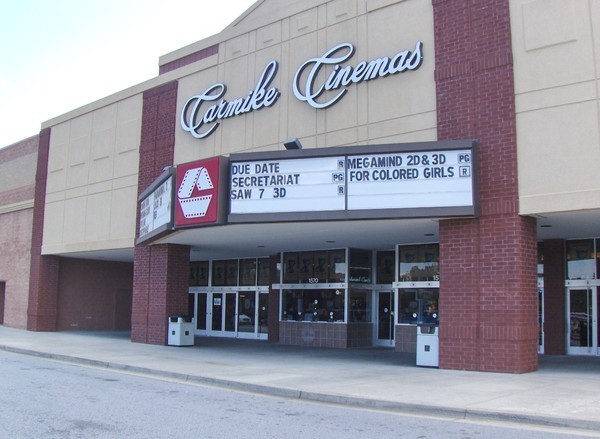 The Carmike 12 opened in April, 1999 with room to add 4 more screens in the future. It features stadium seating, coffee and concession bars, and all the usual multiplex features. It was closed on March 16, 2020 due to the Covid-19 pandemic. It was announced on September 11, 2020 that the closure would be permanent. On June 15, 2021 it was taken over by B & B Theatres and following renovations and a complete remodel it is due to reopen in late-2021.

No thrills cinema seen from thr Expressway.Frankly, Athens.like most towns were better off with the screens they had when I was There in the early 80’s.Basically,they have about the same number of screens.JUst under two roofs,LOL.