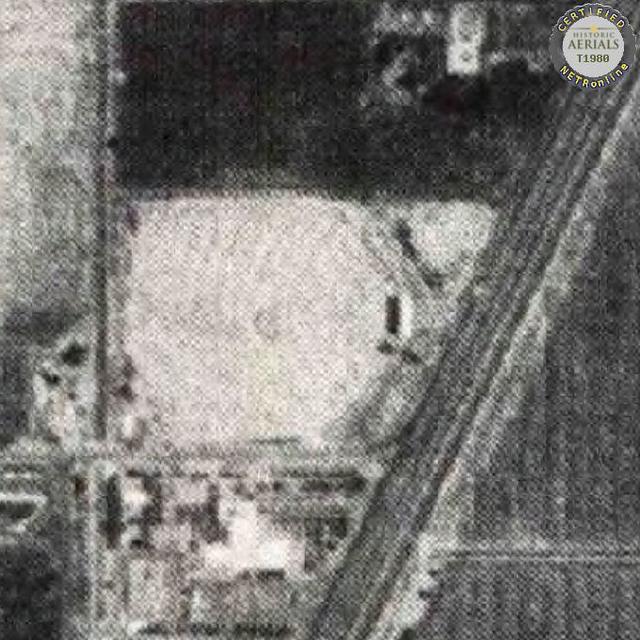 Also known as the Brawley Drive-In. Now operating as the Frye Chapel and Mortuary (a great double-bill).

I imagine people are dying to get into this place.

A closer address is 4299 S Brawley Ave, Brawley, CA next to the Brawley Pharmacy on the west side of the road. You can still see some of the ramps to the north and east of the pharmacy.

The July 7, 1958 issue of Variety included “Your Family Drive-In, Brawley” in an honor roll of Business Building campaign participants.

But I haven’t found another mention of the Valley View name for Brawley’s drive-in. I’d love to know Ken McIntyre’s source for that.

According to Google Street View, you can still see the screen foundation between two tall trees on the east side of the site: https://goo.gl/maps/DbC3RUEj1ovaUeaa9

yep the outline of the screen foundation can also be seen when zooming in on that spot with google maps.

Boxoffice, May 1, 1954: “BRAWLEY, CALIF. – A curved, all-aluminum screen measuring 60x80 feet is a highlight of the new Family Drive-In a half-mile south of this Imperial Valley community and owned by the Motor-Vu Corp. The ozoner, which opened last month, represents an investment of nearly $200,000. The screen … is said to be ideally suited to withstand the intense heat which prevails in the Imperial Valley during the summer. … The Family Drive-In accommodates 550 cars.”

Boxoffice, May 11, 1959: “Sid Pink has taken over the Family Drive-In in Brawley, Calif., from Leroy Bowen & Associates.”