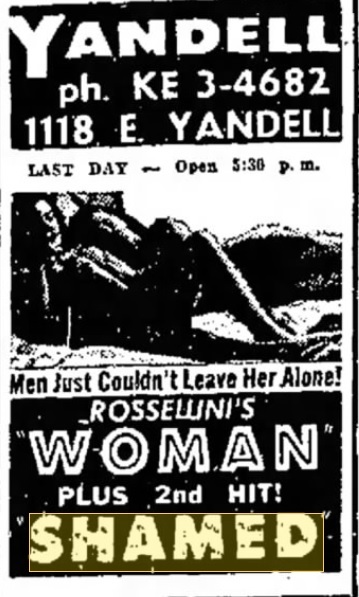 The Yandell Theatre opened on October 8, 1946 with seating listed at 434. Closed in 1960. The building is still standing, usage unknown.

C.M. Garrett was probably the only operator the Yandell Theatre ever had. He made frequent contributions to Boxoffice Magazine’s “The Exhibitor Has His Say” feature in 1947 and 1948. Boxoffice of May 9, 1960, reported that Clayton Garrett had closed the Yandell Theatre and sold its projection equipment. He had attempted to sell the theater as a going business but there had been no takers.