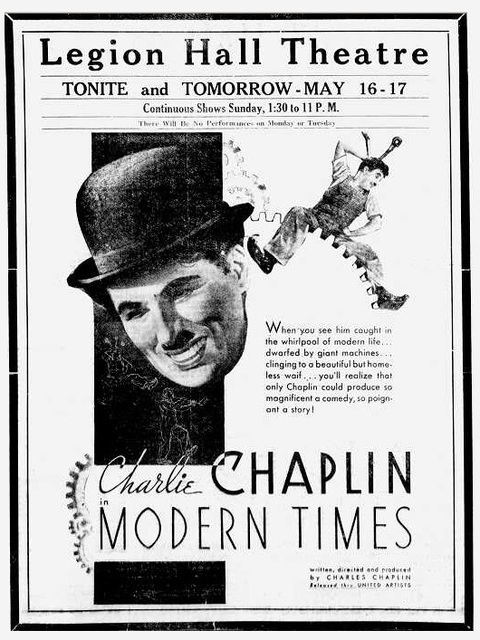 The Legion Hall Theatre opened on May 16, 1936 with Charlie Chaplin’s “Modern Times”, in what was to be a temporary theater. The National Theatre Circuit had quickly remodeled the hall into a home for the National Theatre, which was destroyed by fire on April 25. There was an understanding that the improvements would remain in the Legion Hall after National Theatres vacated. The Daily Democrat cited it as a positive situation for the town and the theater company. One of the improvements was a new heating and ventilating system. Of the many repairs and painting done to the theatre, the box office and projection room would remain after the theater vacated. They even noted that the new sound system was better than that of the burned National Theatre.

The temporary Legion Hall was still showing movies when the new Yolo Theatre opened on the site of the former National Theatre on Christmas Day 1936. Local historian David Wilkinson writing in the Daily Democrat said a new Legion Hall replaced the building in 1964.