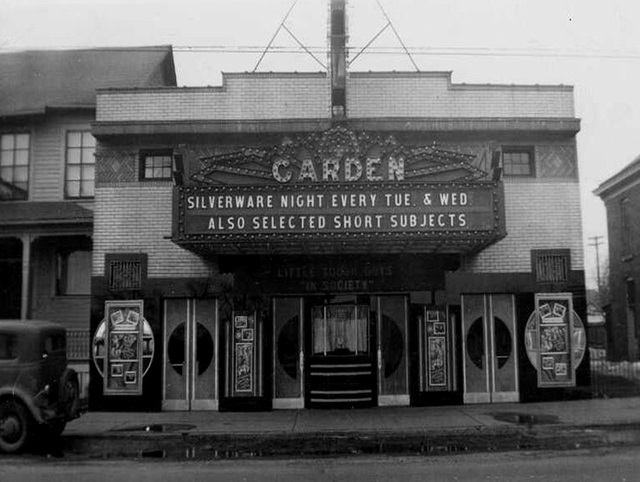 The Garden Theatre was opened in 1918. By 1926 it was operated by the Finkelstein & Ruben chain. It was closed in 1959. It reopened as a reception hall & event theatre named North Garden Theater in 2007

I’ve found the Garden Theatre mentioned in Boxoffice as early as the June 5, 1937, issue. It was then being operated by Sol Torodor.

The Garden was still operating in 1957, when the July 6 issue of Boxoffice said “The St. Paul neighborhood Garden Theatre last Sunday offered a triple rock and roll bill comprising ‘Rock Around the Clock,’ ‘Don’t Knock the Rock,’ and ‘Rock, Rock, Rock.’”

Google and Bing shows the building still there, and I even found an address of a business at 929 W. 7th St.

Should not be classified as demolished. Building appears to still be there, as there is a tenant there at that address. I hear people are just dying to get into the old place.

This theater is currently under renovation!