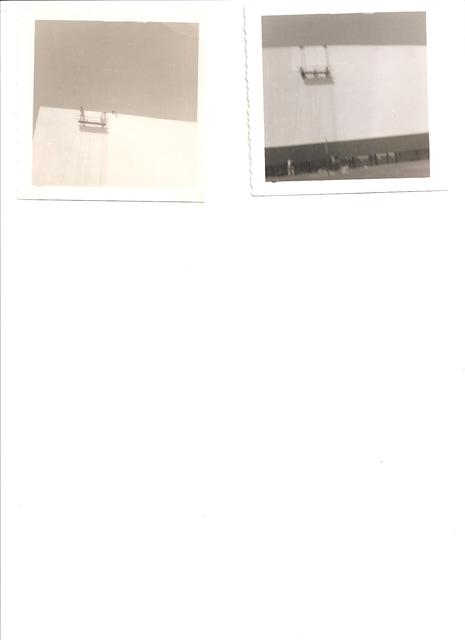 The Skyview Drive-In was opened July 12, 1949. I have a 1953 local newspaper which shows the drive-in playing a western, "Short Grass" with Rod Cameron and Johnny Mack Brown. "Ivory Hunter" was the second feature.

The Skyview Drive-In was owned by D.D. Boardman, and unlike the Forrest Hills Drive-In in Augusta, it was located in a fairly urban area, most likely within the city limits. A very unusual location for a drive-in theatre in 1953.

It parked 562 cars. The original screen was enlarged to what Skyview projectionist Wave Ballard said in a 1979 interview, "one of the largest outdoor screens east of the Mississippi".

I only recall going there one time as a child and can’t remember the title. When I was 16 I saw "Deliverence" and "There Was A Crooked Man"
which is one of my favorite westerns. I remember they played "Deliverance" again after "Crooked Man".

Wave Ballard was a union operator and held the drive-in together doing handiwork like so many projectionists would do. There was an apartment at the base of the screen, and I was told by Ballard that it was filled with movie stills and one sheets. There’s no telling who got all of that or most likely it was trashed.

I went with Scott Kruger to see a rather lame soft "R" movie, "Flying Stewardesses" along with something else and guess what? We locked the keys in his dad’s car. We sure didn’t want to make that call! We finally did get the lock open with a coat hanger.

The theatre closed in the late-1970’s. Vandals would often break-in the concession stand since the projects were built all around the theatre. For it’s day it had a modern box office and a nice marquee.

thanks tina,those Billboard movie sheets would be worth a lot of money, I have a shot of the screen long after it Closed.Thanks for getting the pictures on.

I wish I had gone back over and taken more pictures before they tore it all down, but Daddy wouldn’t let us. He was afraid we would get hurt because of all the people that had broken into everything. How about posting that picture, Mike.

I have one of the Marquee not long before it closed,have to dig it up.

Newbie to this group. My Dad was Mgr. there in early to mid 1950’s.(Frank Andrews) I was 10-14 years old and my older brother once worked in the concession stand. Tina, I knew your Dad, Wave Ballad, Sam Dent and other projectionist. In my mid teens, I checked and repaired speakers for the Skyview, Forest Hills and Hilltop. I was later in radio and recorded the pre-show music audio tapes for a couple of years. And yes, I had a Golden Pass when I started to drive.

Charles, wasn’t it fun to walk those parking lots and check and repair the speakers. I’m sure my Dad would have remembered your Dad as he worked at Skyview when I was born. Which was 1951. Oops, I’m telling my age! lol…. They use to put me in a basket in the back seat of the car when I was a baby.

thanks Charles and arabella for the comments,Wave Ballard,Charles was transfered to Columbia 1 and 2 when it closed.

thanks for the ad.

I remember going to that theater in the summer of 1978 in my 1968 Delta 88. We could comfortablecomfortably ople and for prom one year it was that beautiful car that was that carried three couples. By 1978 the theater was starting to show it’s age and location. I don’t remember the movie, probably a Bruce Lee flick, but we just went there to hang out because the internet would be over a decade coming….

lots of kids did that…