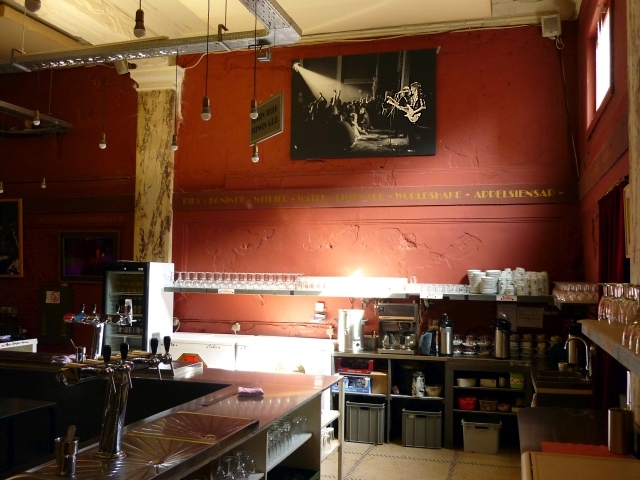 The Roma Cinema, Antwerp is located in the Borgerhout district to the east of the city centre. The Roma Cinema opened on 9th November 1928. With 2,000 seats, it was the biggest cinema in the chain owned and founded by George Heylen, who directed the Rex Imperium Cinema, including the Cine Rex Keyserlei and finally nearly all the movie thatres in Antwerp.

In the 1950’s, the theatres nearby were the opposite Luxor Cinema at 277 Borgeroutsbaan with 1,000 seats opened in March 1928, the Century Cinema in Drink Straat and the Victory Cinema in Botha Straat opened in the 1930’s, all of them part of the Heylen circuit, who also owned the Palace Cinema in Berchem district which often played films with the Roma Cinema. With films like "The Bridge on the River Kwai" in 1959 and “Goldfinger” in 1965. With its great capacity of seats it showed blockbusters. In the 1970’s it became more a concert hall with a lot of international stars, the Everly Brothers, Cliff Richard & The Shadows, Olivia Newton John, Mirielle Mathieu and Adamo in 1971, Iggy Pop in 1977, Bill Haley & The Comets, Paul Macartney & Wings, ACDC and other super groups of the 1970’s.

The Roma Cinema was closed on 4th June 1982, and after being a long time unoccupied it was restorated and reopened. Currently in 2009, renovating and now used for concerts, special events, concert and also movies in cine club circuit or festivals.