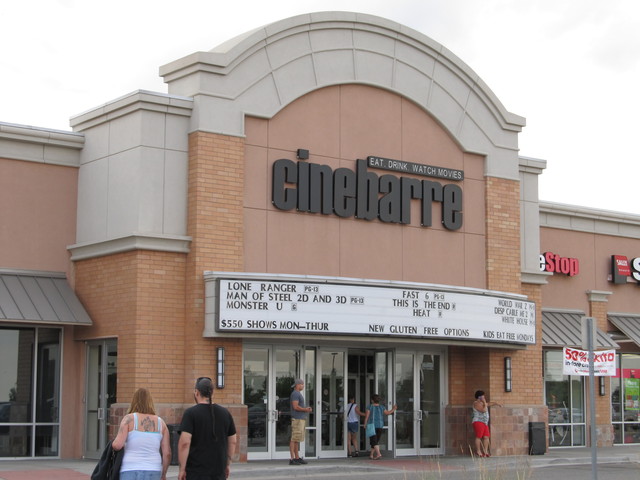 Located in Thornton, near to Denver. The UA Town Center 10 was opened in December 1971. Last operated by Cinebarre, it was closed in January 2019.

UNITED ARTISTS PLANS TWO THEATERS IN THE WORKS ARE A 10-SCREEN COMPLEX IN THORNTON AND A 12-PLEX NEAR FIDDLER’S GREEN AT A COST OF UP TO $7 MILLION United Artists is adding 22 movie screens to the Denver market – nearly doubling its local presence, company officials announced Monday.Officials at the Englewood-based United Artists Theatre Circuit Inc., said a 10-screen theater complex would open by Dec. 13 in the Thornton Town Center, while a 12-screen complex will be built by May 1992 at Arapahoe Road and Greenwood Plaza Boulevard, near the Fiddler’s Green Amphitheater.United Artists has 27 movie screens in the…

Where were UA’s offices before they were at the Greenwood Plaza?

What a blast from the past. The 1973 trade article from Box office posted by Tinseltoes is from the Thornton three theaters located on 88th Ave & Corona St. in Thornton, Co. The building is standing as used as a church. Seen lots of movies there as a kid as it was a second run house in the middle and late 70’s.

Responding to Scottneff query: The Commonwealth, and then the UA city offices were at the Continental Theatre. The UA corporate headquarters were in Englewood/DTC, not a mile or so from the Greenwood Plaza. The corporate hq building currently houses National Cinemedia (co-owned by Regal, who bought UA).