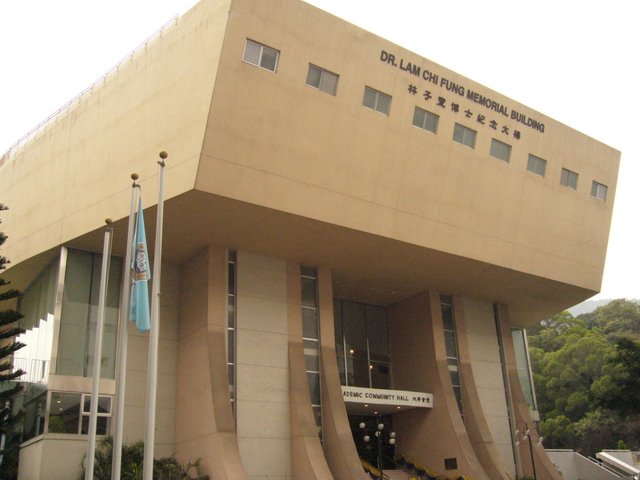 The Academic Community Hall is a multi-purpose hall in the campus of the Hong Kong Baptist University, on the Kowloon side of Hong Kong. It was built on the lawn on the left side of the main entrance of the then Hong Kong Baptist College, and the structure completed circa 1975. The hall opened on 19th May, 1978 with a four-week arts festival after extensive waterproof maintenance works and the addition of a loading bay connected with the left side of the stage.

Its 1,346-seat auditorium with balcony is on the first floor of the theatre building, with a grand staircase leading up to the entrance and foyer. The stage has a orchestral pit and a trap, and the dressing room is under the stage with two staircases leading to the right and left side of the stage.

Projectors were installed in the 1980’s, and selected artistic films were shown commercially. The films programme had to be cancelled not long after due to poor response.

Besides student activities and university functions, the venue is open to the public for stage performances or film shows.

Its Chinese name is 大學會堂。