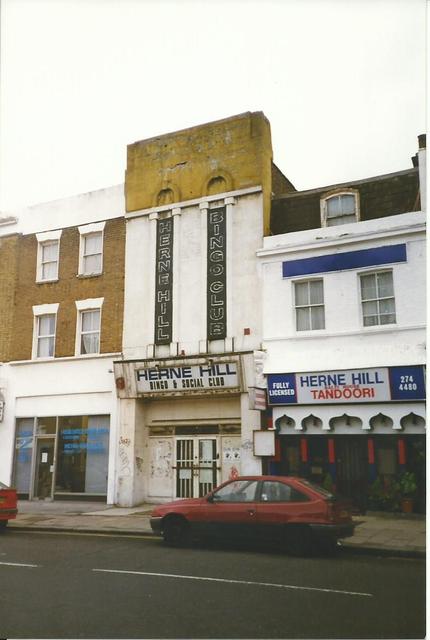 In 1932, noted cinema architect George Coles was engaged to design a new proscenium and a new facade for the building. It re-opened on 26th December 1932 as the Grand Cinema. It was re-named Pullman Cinema from 9th September 1953. The Pullman Cinema was closed on 27th June 1959 with Michael Redgrave in "The Way To the Stars" and Alec Guinness in "The Ladykillers".

It was converted into an independent bingo club and this use continued until 1986. The building was then shuttered and remained empty, becoming increasingly derelict. There were hopes that it could be converted into a small repertory theatre, but lack of funding put paid to that. Eventually, after a 12 years campaign to save the building, it was demolished in September 1999. The narrow facade facing Herne Hill Railway Station was saved and in 2008 was in use as an Afro-Caribbean take-a-way restaurant named Tantalizer. Housing was built on the auditorium site.