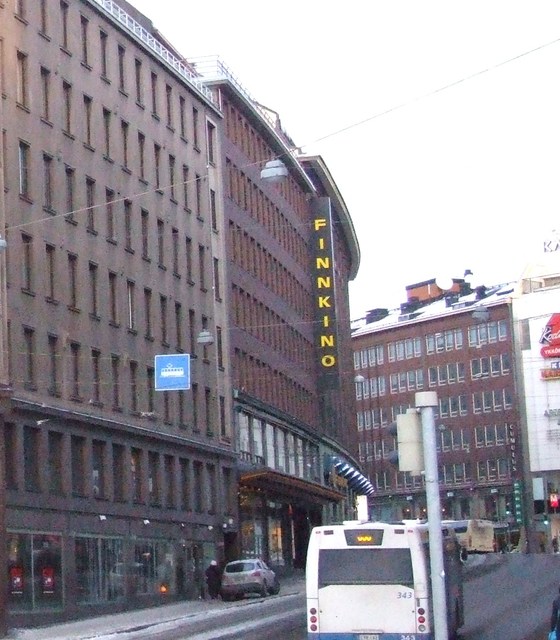 Kinopalatsi is Finnish for "Cinema Palace". It opened on 20th November 1998 as Finland’s first multiplex cinema. It has 10 screens with a total of 1,694 seats.

Kinopalatsi occupies the site of an older cinema, the Metropol which opened in 1939 and had 1,000 seats. This hall is still used nowadays as Kinopalatsi screen 2. For a long time the Metropol was the largest cinema in Helsinki, and was visited in 1953 by Gregory Peck.

The name changed over the years, to Boston and then Formia. The old hall and the Metropol/Kinopalatsi ticket hall was designed by architect Edward W. Grew III.