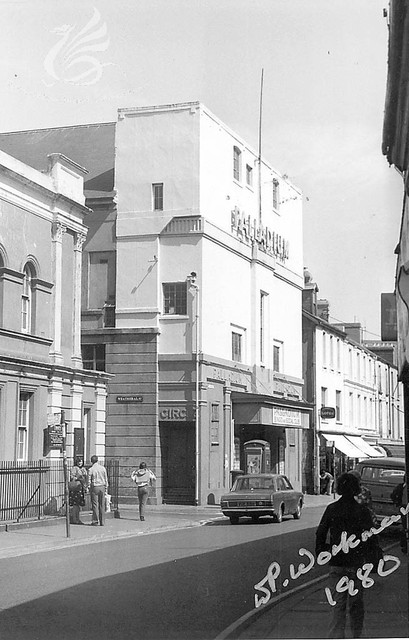 Built in 1858 as the Temperance Hall, in around 1900, it was re-named Hippodrome Theatre, and as a music hall, films were shown. By 1918, it had new owners and was re-named Palladium Cinema.

In the late-1920’s, the building was given a new ‘modern’ look, with rebuilding being undertaken both externally internally. The proscenium was 35 feet wide, the stage 25 feet deep and there were three dressing rooms.

The Palladium Cinema was closed in the early-1970’s and converted into an independent bingo club, and remained in this use until closing in 2009. Externally, the building has reverted back to its appearance it originally had as the Temperance Hall with its chapel-like appearance, with a two-storey stucco front, and a pedimented gable.