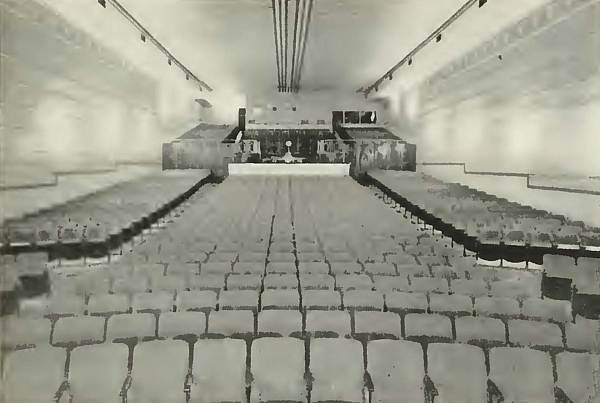 The Varsity Theatre was built by the small regional chain, Columbia Amusement Co., of Paducah, KY. and opened in 1939. It played four different programs a week until the mid-1950’s, when it switched to three programs a week. The programs were usually single feature hit films with an occasional double bill when so packaged by the distributor. Films were typically played about six weeks after their initial release when rental fees were at their lowest. The Varsity Theatre burned to ground in 1962.

I managed the Varsity as well as the Capitol Theatres in Murray,from June 1956 to June 1963. The Varsity actually opened in 1939 with Kentucky as the first movie. The Varsity burned on Dec.13,1962 due to a faulty furnace. The last movie shown was OKLAHOMA. Movie operations were moved to the Capitol and operated full time until sold in 1953 to the people who operated the Murray Drive In. Bob Craven, Fulton,KY.

The theatre actually sold in 1963. I hit the wrong key. BC