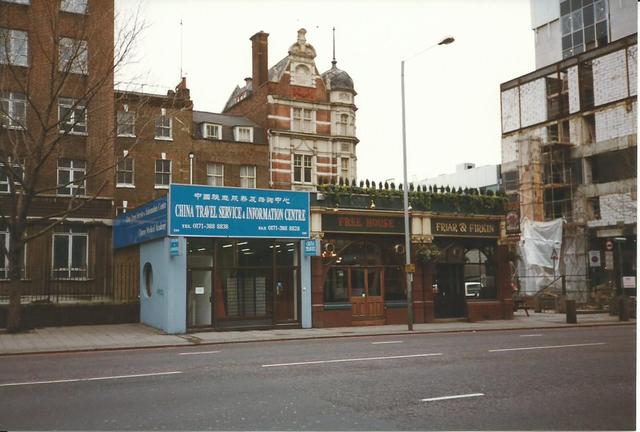 Located almost adjacent to the Rising Sun pub (which became the Friar & Firkin and now known as ‘The Rocket’) on Euston Road, between Euston & St. Pancras Railway Station’s in the north London inner-city district of St. Pancras. The Gale Cinematograph Hall was opened in 1910, and it was operated by Gale & Co. (later known as Gale & Repard). It was closed in 1914 at the outbreak of World War I.

Since at least 1997, the building has been in use as the Chinese Medical Academy and Chinese Travel and Information Centre.